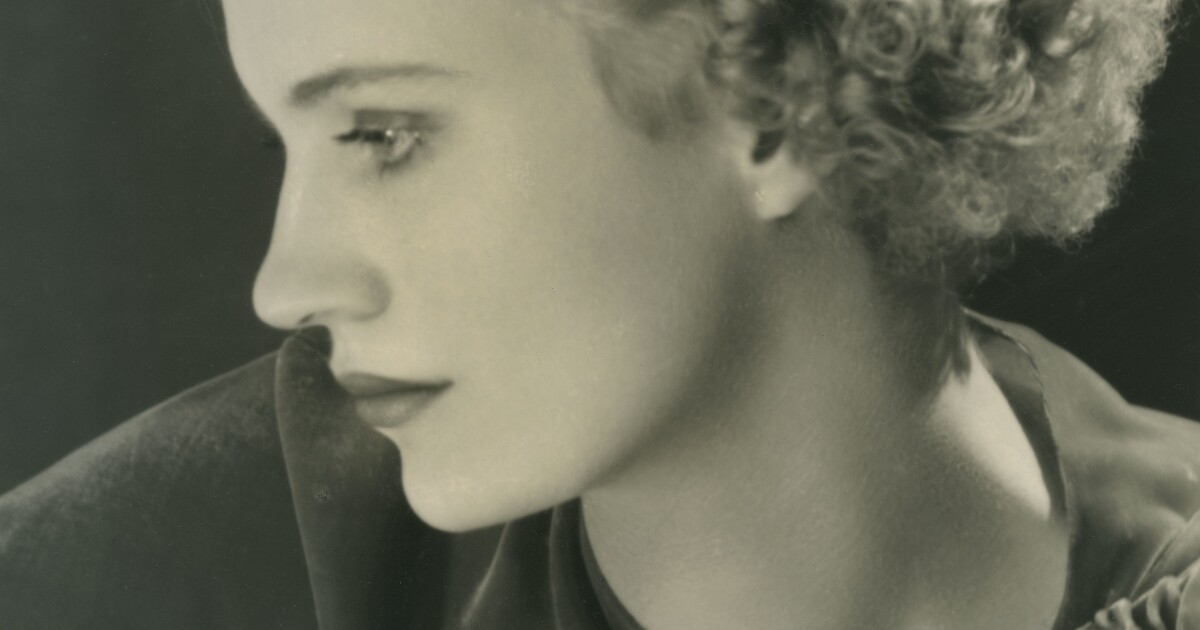 Would you buy a headband from this woman? Lee Miller took the photo for a fashion item. A pretty woman could sell a lot of headbands to avid readers of photo magazines. And Lee Miller (1907-1977) was certainly pretty.

Model, photographer, muse and lover of surrealist Man Ray, lover (perhaps also muse) of many more men than Man, photojournalist, accredited war correspondent for Vogue, Lee appears, in profile with headband, in two current museum exhibitions: The woman who broke boundaries at the Dali Museum in St. Petersburg, Florida, and The new woman behind the camera at the Metropolitan Museum of Art in Manhattan.

I asked Peter Tush, curator of education at the Dali Museum, what would have happened to Miller if she hadn’t been so gorgeous.

“We wouldn’t be having this conversation,” he replied.

Lee Miller had looks – but she was also a great photographer

Miller’s beauty has opened many doors. But that wasn’t his only advantage. She was intelligent, witty, extremely sure of herself, ready for adventure, reckless, restless. And a friend of Picasso.

Lee met him in Paris through Man Ray, as she met so many prominent artists in her entourage. (His portraits of some are shown in the exhibition at the Dali Museum.) Covering World War II for Vogue, Lee tracked down Picasso as the Allies liberated Paris. She shattered the story that he was alive, much to the relief of art lovers the world over.

“It’s extraordinary,” said Picasso when he saw her. “The very first Allied soldier I find is a woman, and that’s you.” He painted his portrait six times.

Some of Miller’s war photographs are on the Met show, The new woman behind the camera. This is a scan of photos from the 1920s to the 1950s taken by 120 women from over 20 countries. Lee’s 1945 photos of prisoners at Dachau Concentration Camp, a dead SS guard, the rubble of war, are haunting. “She was really good,” says Mia Fineman, who set up the New Woman exhibit at the Met (more on that show below.)

Oddly enough, especially now that researchers are paying attention to Miller’s work as well as his appearance, the image of war that I find most convincing shows her naked (a state of undress she often exhibited in her self-portraits), and was taken by a Life magazine photojournalist with whom she was traveling. Definitely worth clicking here to see – scroll down for more of his powerful – and often disturbing war footage.)

The New Women take their place behind the camera

Miller was the quintessential new woman, as were the photographers of The new woman behind the camera At New York. Andrea Nelson, who organized the exhibition at her next destination, the National Gallery in Washington, says these new women were independent, competent and – especially in the 1920s – found themselves at a time when they were fighting for, then won the franchise, “and had really started to look at their lives, their marriages and their children.” They were also exploring what it meant to be professional photographers. “It was a time when photography replaced drawings in all magazines,” says Nelson. And women could easily sell their ads and fashion photos.

In those years before cell phones, people would go to commercial photo studios to have their pictures taken. In the early 1920s, Florestine Perrault Collins set up her own studio in New Orleans. Collins was African American and sometimes passed for white to train in white-owned studios. In the studio that she eventually opened, most of her clients were black and Creole.

How confident Mae looks, in a grounded and irresistible way. No straight feminine pose for her. “A real new woman of the 1920s,” says curator Nelson.

And what to say about this Mademoiselle:

Scary, right? Ellen Auerbach and Grete Stern ran the Ringl and Pit advertising agency in Berlin in the 1920s and 1930s. Here is their ad for Pétrole Hahn, a hair goop. Their perfect New Woman model has a beautifully layered hairstyle, put together with goop. She is dressed in a ruffled blouse and, coming out of a sleeve, a real hand (that of the partner), holds the precious Petroleum.

A decades-old image yet so modern

The last image in this essay (so difficult to choose just a handful in this ambitious exhibition) dates from the early 1940s.

The image captures a scene you might see today in India. The British started building this Victorian Gothic terminus in 1878 and it can still be found in the city now called Mumbai. But “it’s such a modern image,” says curator Andrea Nelson. The way photographer Homai Vyarawalla plays with focus, angles, dimension. “The old station in the background and in front, a car pushed into the foreground as a frame, enclosing people, a bus, a cart.” The photographer first sees what we see, then uses the camera to shape how she wants us to see it.

Often times we say that some paintings are timeless – speak to us through the ages. It is rare to think of photographs – those quick turning points – in this way. But the grown-ups – like many in these two exhibitions – go through decades to present new and lasting experiences to us.

The art where you are is an informal series featuring offers at museums you may not be able to visit.