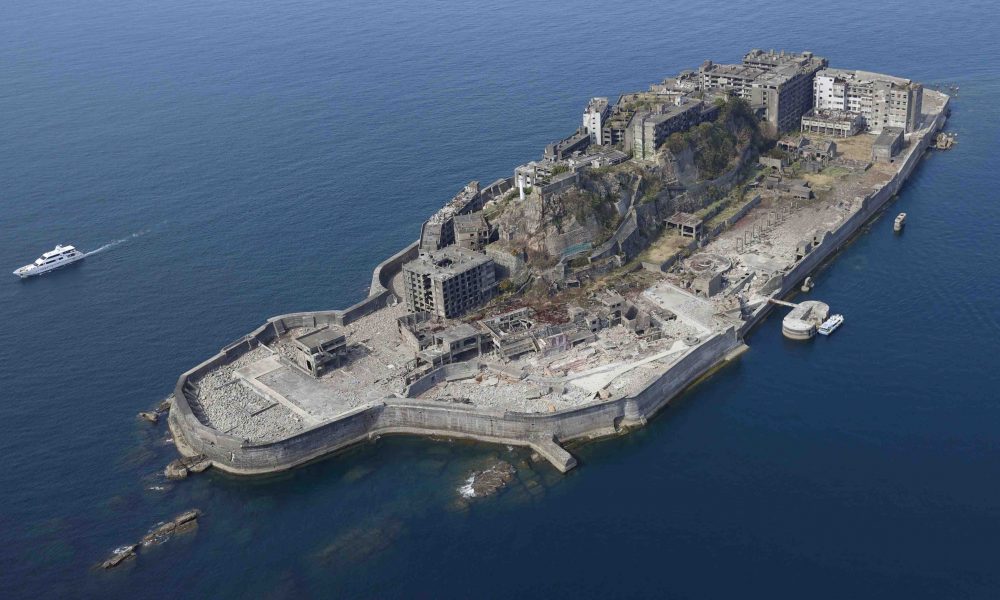 Illustrations from a children’s picture book of young Korean wartime workers forced to work in an extremely poor environment on the mining island of Hashima in Nagasaki city (commonly known as Gunkanjima (Battleship Island)) , were revealed on February 25 to be surprisingly similar to street photographs. children in Shinagawa, Tokyo just after the war, and Chinese spies during the Sino-Japanese War.

The revelation was made by the Hashima Islanders Association for the Continuation of the True Story, formed by former Gunkanjima Islanders, and The Sankei Shimbun. It is feared that false impressions were possibly created by the use of the illustrations, which were drawn on the basis of photographs unrelated to Gunkanjima.

Written and drawn by Yoon Moonyoung (尹 ム ニ ョ ン 氏), the picture book, “Gunkanjima – Embarrassing World Cultural Heritage”, was published by Uri Education in 2016 in South Korea. The book emphasizes the wickedness of Japan, as it tells the story of a young Korean boy who was forcibly taken to Gunkanjima and made to work nearly 12 hours a day in 45 degree Celsius heat. There are also scenes where a Japanese soldier beats a boy with a whip and a person who appears to be from the Korean Peninsula is hanged upside down.

One of the illustrations in question shows a scene of more than 10 naked boys trapped inside a cell as they lean against the iron bars. According to research conducted by the Hashima Islanders Association, the illustration is extremely similar in composition to a photographic image of street children found in a photo book published in 1977, titled, The History of Contemporary Japanese Photography 1945 ~ 1970 (Heibonsha). The image, shot in 1946 in Shinagawa, Tokyo, is explained in the book as “street children who have been rounded up and housed in a juvenile shelter”.

Additionally, the composition of the illustration of a Korean boy being cross-examined by a Japanese soldier overlaps an image taken by a military photographer in China on August 8, 1937. This image is included in 100 Million People’s Showa Story 10 Unauthorized Photo Stories (Mainichi Newspapers Co., Ltd., 1977), and is captioned with the explanation: “Military Police Investigating Chinese Military Spy. On the left, a locally recruited interpreter.

Speaking through Uri Education, Mr. Yoon, the author of the Korean picture book, admitted to Sankei Shimbun that the book was based on material unrelated to Gunkanjima.

He further admitted that it was based on photographs found in Record photography: Japanese imperialism invasion of Korea and China, which was published in South Korea in 1983. Uri Education pointed out that “history is fiction”, and stated that “in Korea it is allowed to draw illustrations from photographs”.

Former islander Mr. Yoichi Nakamura, 82, pointed out, “Using unrelated photographs to create a picture book, how far do they have to go to give Hashima a bad name? I want to demand an apology and a recall of the picture books.

The government and the private sector in South Korea opposed the listing of Gunkanjima Island as a World Cultural Heritage Site in 2015.

(Read the article in Japanese at this link.)