in collaboration with american express, rem koolhaas will soon launch what may be his smallest project to date called the “art card”. the OMA founder works with the multinational as a unique outlet for artistic inspiration, transforming the famous centurion map with elements from one of his earliest designs. the 1982 design was first created as part of a high-level commission to redevelop a central district in rotterdam, a city that had been almost completely destroyed as a result of german bombing during world war two. rem notes that the first project, nicknamed “boompjes”, offered a reinvented urban fabric, a “vision for better living”. this vision was rendered with a graphic, modern drawing style – although the project was not ultimately built, its representational legacy will soon be embodied on the ultra-exclusive black card.

want to get my hands on one rem koolhaas-designed american express ‘art card?’ the first step is to become a member of amex exclusive centurion level, which involves both many advantages and some high fees. until then, printed versions of the “boompjes” designs are held at the Museum of Modern Art and can be viewed online here. the design selected for the map was part of the larger unbuilt project, which was proposed as an assemblage of towers united by a raised slab. the silkscreen design was created in collaboration with italian architect stefano de martino and marks a tribute to the heritage of OMA, which was founded in rotterdam in 1980 — the company’s first headquarters were even located in side of the boompjes pitch. 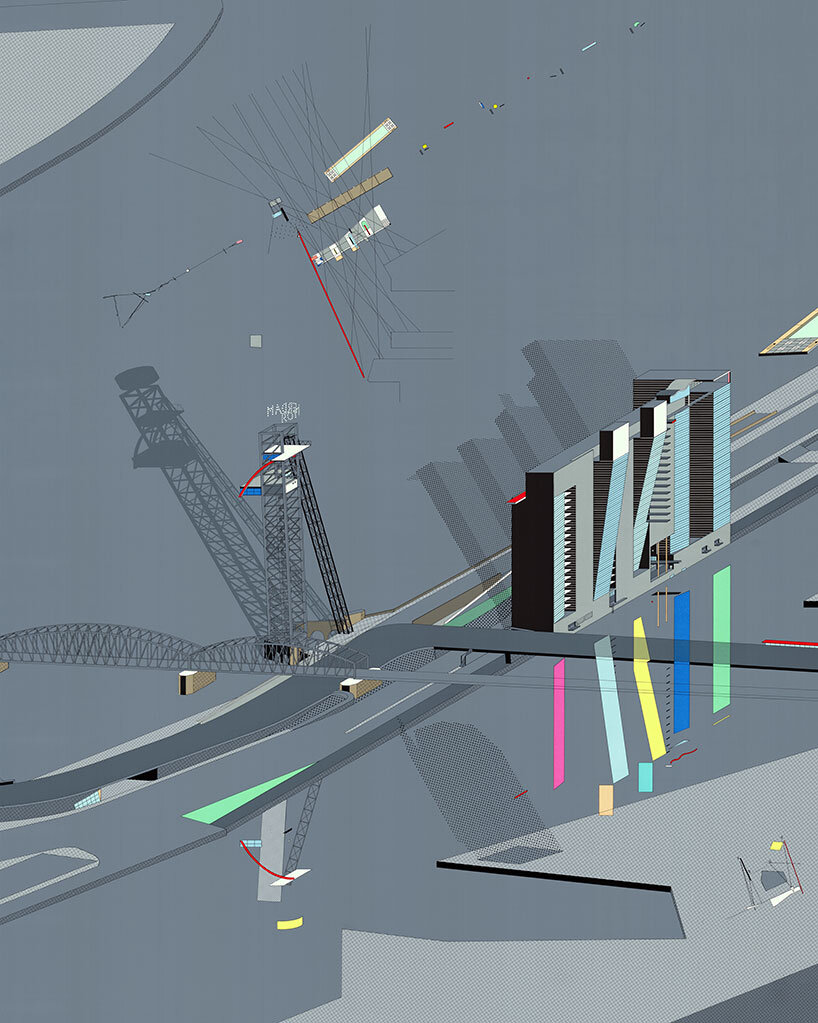